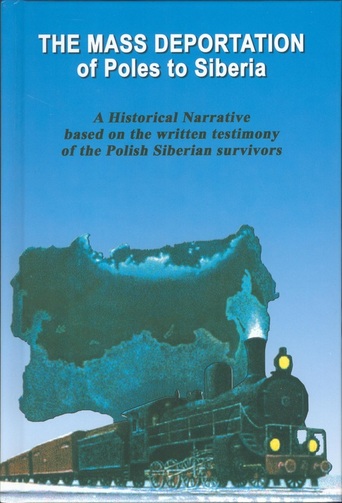 This book is a collection of individual stories written by survivors of the Polish geno­cide during the Second World War.
It has been seventy years since as many as 2 million Poles were deported against their will to some of the most inhospitable regions in the world: Siberia, Kazakhstan, and parts of Soviet Asia. More than one million Poles died a slow death in the gulags of Soviet leader Joseph Stalin or on their long and desperate journeys to and from the camps.

Relatively few eyewitness accounts have been published dealing with Soviet political prisoners. The reason is that not too many people in the West were interested in our sto­ries.

At the end of the Second World War, tens of thousands of prisoners of German Nazi death camps were liberated. In the Soviet Union, no camps were liberated; very few prisoners escaped. The Nuremberg trials that brought Germany's perpetrators to justice contributed to spreading the horrific and unimaginable truth about Nazi death camps. But there were no such trials for the Soviet perpetrators. The West remained curiously silent about Soviet death camps. As a matter of fact, Soviet generals served as judges in Nuremberg trials; after all, they were Nazi partners in planning and executing the Second World War—just look at the total invasion of Poland in 1939. Sadly after the War, the West didn't want to disrupt peace among the victors, even though the Soviets killed several times more people than Germans. Some estimates place the number of deaths for which the Soviets were responsible as high as 60 mil­lion, with a middle number around 40 million — a figure of human life and suffering that staggers the imagination. Another estimate places the number of deaths from deporta­tions and prison camps alone at nearly
7 million.

The irony was that when the Soviets invaded Poland with the Nazis in 1939, they pro­claimed the "equality" and "brotherhood" of all people. But in our case, all Poles were proclaimed "enemies of the people." Those "enemies" included peasants, landowners, aristocracy, merchants, clergy, government bureaucrats and military: no social class was exempt.

I am very glad that this book will be published in English. This way, our children, grandchildren, and hopefully others will be aware of what happened in gulags of Soviet Russia. The events of the Polish genocide may be in the past, but only history will tell if it is far enough away for those who dare to challange Vladimir Putin's "democracy". The West in many ways still hasn't learned much about the Soviet Union. With the pub­lication of these stories, let's hope that will change.