​* During the German-occupation of Poland (1939-1945), Nazi-Germany’s murderous regime imposed ​a reign of terror and death on the entire population of Poland, not only on Jews. For most Christian-Poles (the vast majority of Poland’s population), daily life in German-occupied Poland was a constant struggle for survival. Christian-Poles lived in constant fear of being executed on the spot, arrested and tortured, or sent to one of Nazi-Germany’s numerous concentration camps or labor camps in German-occupied Europe. Tens of millions of Christian-Poles experienced five years of unspeakable suffering at the hands of Nazi-Germany: ​poverty, hunger, starvation, the destruction of their homes and life savings, the bombing of their cities, the burning ​of their villages, the terror of seeing their family members, friends and leaders rounded up and executed, and constant fear caused by the knowledge that they can be shot dead at any moment for no reason. Virtually every Polish-Christian family has at least one family member who was enslaved, imprisoned, tortured, maimed or killed by the Germans in World War II, yet most Western journalists and media organizations continue to focus their attention on the suffering of the Jewish population, as if Jews were the only victims of Germany’s aggression.

* Nearly 3 million ethnic Christian-Poles (men, women and children), mainly Catholics, were killed by Nazi-Germany. This is consistent with the plans of Heinrich Himmler (the head of the SS, the Gestapo and the concentration camps) who declared: "All Poles will disappear from the world … It is essential that the great German people should consider as its major task to destroy all Poles."

* No country did more to help Jews in German-occupied Europe than Poland, even though Poland was the only
German-occupied country in which Nazi-Germany imposed an automatic death sentence for aiding Jews in any way (even for giving them a drink of water). The Germans executed both the person giving aid to Jews and his entire household.
Historians estimate that during the German-occupation of Poland, ​Polish-Christians aided nearly 450,000 Jews.

* Christian-Poles in over 600 Polish cities, towns, and villages were murdered by Nazi-Germany for aiding Jews during the Holocaust. The world will never know the full extent of Poland's rescue efforts because many Polish rescuers and the Jews they aided are no longer alive.​

* While the governments in France, Czechoslovakia, and elsewhere were helping Nazi-Germany, Poland’s Government-in-Exile in London (and its Underground State in German-occupied Poland) notified the British and American governments that Nazi-Germany was murdering Jews by the thousands and appealed to them many times to help halt the genocide. Great Britain and the U.S. always refused.

​* One week before Nazi Germany's invasion of Poland, Adolf Hitler declared the following: "Destruction of Poland is the first priority. Our most important objective is the total destruction of the living resources of Poland and not to reach a particular line drawn on a map. (...) Therefore, I have prepared and ordered ​my SD [skull and bones] units to kill without mercy men, women, and children of Polish origin."

* During Poland's defensive military campaign of 1939, the Polish Army was not as well equipped as the German Army, yet it still managed to destroy 33 percent of Germany's tanks and 25 percent of it's airplanes. The Polish Army killed 16,000 German soldiers and wounded 32,000.

* In 1939 Polish cryptologists (M. Rejewski, H. Zygalski and J. Rozycki) broke Nazi Germany's top secret "Enigma" code. This achievement was one of the most important Polish contributions to the victory of the Western Allies over Nazi Germany. It enabled the British to decode Nazi Germany's secret military messages in World War II.

* In World War II, Poland was the only country in German-occupied Europe to organize a fully functioning ﻿﻿
Underground State with 12 Government Departments and a ﻿"Home Army" (Armia Krajowa) numbering nearly 380,000 soldiers, which fought the Germans on Polish soil from Feb. 14, 1942 to the end of the war. Numerous Polish military organizations fought the Germans before the Home Army was established in 1942.

* Throughout the city of Warsaw numerous commemorative plaques and monuments mark the spots where Christian Poles were executed by German soldiers.

* In the German concentration camp of Dachau every third victim was a Christian Pole. The camp held over 3,000 members of the Catholic clergy, including 2,720 Catholic priests. Of the 1,034 Catholic priests who were killed in the camp, 858 were Polish.

* ​​The American and British governments refused to help the Jews in German-occupied Poland, so the Polish-Christian population took the matter into their own hands. On Dec. 4, 1942, in cooperation with the Polish Government-in-Exile in London, the Polish Underground State in Warsaw founded the Council for Aid to Jews (known by its code-name “Żegota”), a secret national organization that provided assistance to the Jewish population in German-occupied Poland. It was the continuation of an earlier secret committee set up for this purpose, called the Provisional Committee for Aid to Jews (Tymczasowy Komitet  Pomocy Żydom), founded in September 1942 by Zofia Kossak-Szczucka and Wanda  Krahelska-Filipowicz.

* During the Jewish Holocaust, thousands of Jews were rescued by Catholic religious orders in Polish monasteries and convents.

* Thousands of Jews were part of Poland's Armed Forces in German-occupied Europe.

* On May 18, 1944 the 2nd Polish Corps (under the command of General Wladyslaw Anders) won the Battle of Monte Cassino, one of the most important battles in World War II. Three previous attempts to take the German-occupied monastery had already been made by the American Fifth Army, an Algerian formation of the French Corps, units of the British Eighth Army, and the New Zealand Corps, but without success.

* In 1944 Poland's Home Army, composed mainly of Christian-Poles, organized the "Warsaw Uprising" (Aug. 1st
​to Oct. 2, 1944). During the Uprising, Nazi-Germany killed nearly 200,000 Christian-Poles (180,000 civilians and nearly 20,000 members of Poland's Home Army.) Over 100,000 Polish civilians and 25,000 Polish Home Army soldiers were wounded. After 63 days of intense fighting and numerous military successes, the Warsaw Uprising ended when most of the Home Army's supplies were used up. The Soviet Army, an ally of the U.S. and England, stood idly by on the banks of the Vistula River and refused to give the Home Army any military assistance.

* During the days of Aug. 5-7, 1944 Hitler's German SS slaughtered 50,000 to 60,000 Christian-Poles (civilians), including women, children and the elderly, in Warsaw's Wola neighborhood. None of the Germans who were responsible for this genocide were ever punished for these war crimes.

* After the fall of the Warsaw Uprising (on Oct. 2,1944), Nazi-Germany punished the Polish population by destroying
​87 percent of Warsaw, Poland's capital.

* During World War II, almost one fifth of Poland's population was killed by Nazi Germany.

* Despite large Polish contributions and sacrifices for the victory of the Western Allies in World War II, the people of Poland were betrayed by President Roosevelt and Prime Minister Churchill at the Yalta Peace Conference (1945). They handed over Poland to the Soviet Union and its communist terror apparatus.
POLAND 1989 - 2018

* After the 1989 “fall of communism,” the communists in Poland and their liberal supporters NEVER relinquished their political, economic, financial and media control over Poland. Because of this, the communist establishment of
Soviet-occupied Poland was never tried and punished for the countless crimes it perpetrated on the people of Poland from 1939 to 1989. Since 1989, two attempts were made to de-communise Poland: in 1992 (by Prime Minister Jan Olszewski) and in 2006 (by Prime Minister Jaroslaw Kaczynski), yet both attempts failed. The anticommunist government of Prime Minister Beata Szydlo of the Law and Justice Party is confident that it will successfully de-communise Poland because it now has a “ruling majority” in Poland’s Parliament and the democratic support of most of Poland’s conservative, Catholic, anti-communist organizations, including Poland’s “Solidarity” labor movement.

* Poland took in hundreds of thousands of Ukrainian refugees after Russia attacked and invaded Ukraine in 2014.
POLAND 966 - 1938

* Poland became a Roman-Catholic country in the year 966 A.D.

* Poland was the first kingdon in Europe to adopt the concept of "due process under law" - nearly three centuries before England (1433).

* Jews lived in Poland for 800 years before Nazi-Germany occupied it in 1939. In  medieval and early modern Europe, at a time when Jews were persecuted and killed in many European countries, Poland provided Jews with a homeland. Casimir the Great, the King of Poland (1310-1370), uniformly extended Jewish liberties throughout Poland; he recognized the Jews as a distinct legal, national, religious, and cultural group. (Punitive fines for towns were established in case of anti-Jewish activities; half of the money was used to pay for damages to the Jews, and the other half went to the state treasury.) Gradually, the Jews in Poland created the world's largest Jewish community. By the end of the 17th century almost three quarters of the world's Jews lived within the borders of Poland, which became not only a haven from persecution but the centre of a flourishing Jewish culture.

* Poland's University of Krakow (founded in 1364 by King Casimir the Great) is one of the oldest and most prestigious universities in central Europe.

* Poland's Mikolaj Kopernik (also known as Nicolaus Copernicus, 1470-1543) founded modern astronomy in 1543 by establishing the scientific theory that the earth rotates around its axis, and that the planets, including the earth, revolve in orbits around the sun.

* Poland's Kazimierz Siemienowicz (1600-1651), engineer and Deputy Commander of Polish Artillery, was the first person to publish designs for multistage solid fuel rocket engines and multiple warhead rockets with steering and stabilizing systems. His rocketry handbook, "Artis Magnae Artilleriae Pars Prima" (published in Amsterdam in 1650 ), was used in Europe for 200 years.

* On April 1, 1656, Poland's King Jan Kazimierz solemnly consecrated Poland to the Blessed Virgin Mary, the Mother of God, and proclaimed her "Queen of Poland." The Feast of Our Lady Queen of Poland is celebrated by the Roman Catholic Church on May 3rd.

* The Allied Christian Armies of Europe, under the command of Poland's King John III Sobieski, prevented the invading Muslim Turks from overtaking Europe at the Battle of Vienna (1683).
​
* Poland was the first kingdom in Europe to establish a national Department of Education (1773). It was led by prominent Polish reformers and thinkers such as Adam Czartoryski, Ignacy Potocki, Andrzej Zamojski, Hugo Kollataj, and Julian Ursyn Niemcewicz.

* Poland was the first kingdom in Europe to adopt a national, democratic constitution (May 3, 1791).

* In 1772, 1793, and 1795, Russia, Prussia, and Austria gradually partitioned Poland, and erased her from the maps of Europe. The country of Poland did not exist for 123 years. Poles finally regained their national independence on
Nov. 11, 1918.

* Polish Legions fought in all of the military campaigns of the Napoleonic Army.

* In 1920 the Polish Army, headed by Marshal Jozef Pilsudski, saved Europe from the invading Communist Bolsheviks at the Battle of Warsaw. This event, the 18th most decisive battle in the history of the world, is also referred to by historians as the "Miracle at the Vistula."

* In 1921 Poland and the USSR signed a Repatriation Agreement in Riga which permitted over 700,000 Jews to immigrate to Poland from the Soviet Union. About 800,000 Jewish refugees entered Poland and were given Polish citizenship.

* Several Poles have been awarded the Nobel Prize for achievements in physics, chemistry, literature, and peace. One of the Polish laureates, Maria Sklodowska Curie (1867-1934), received the Nobel Prize twice: for physics (in 1903) and for chemistry (in 1911).

* The most decorated American combat soldier in World War II was Polish, Lieutenant Colonel Matt Louis Urban. He was awarded 29 medals (every combat medal possible), including 7 Purple Hearts and the Congressional Medal of Honor
​(on July 19, 1980) for repeatedly risking his life beyond the call of duty.
Recommended reading: 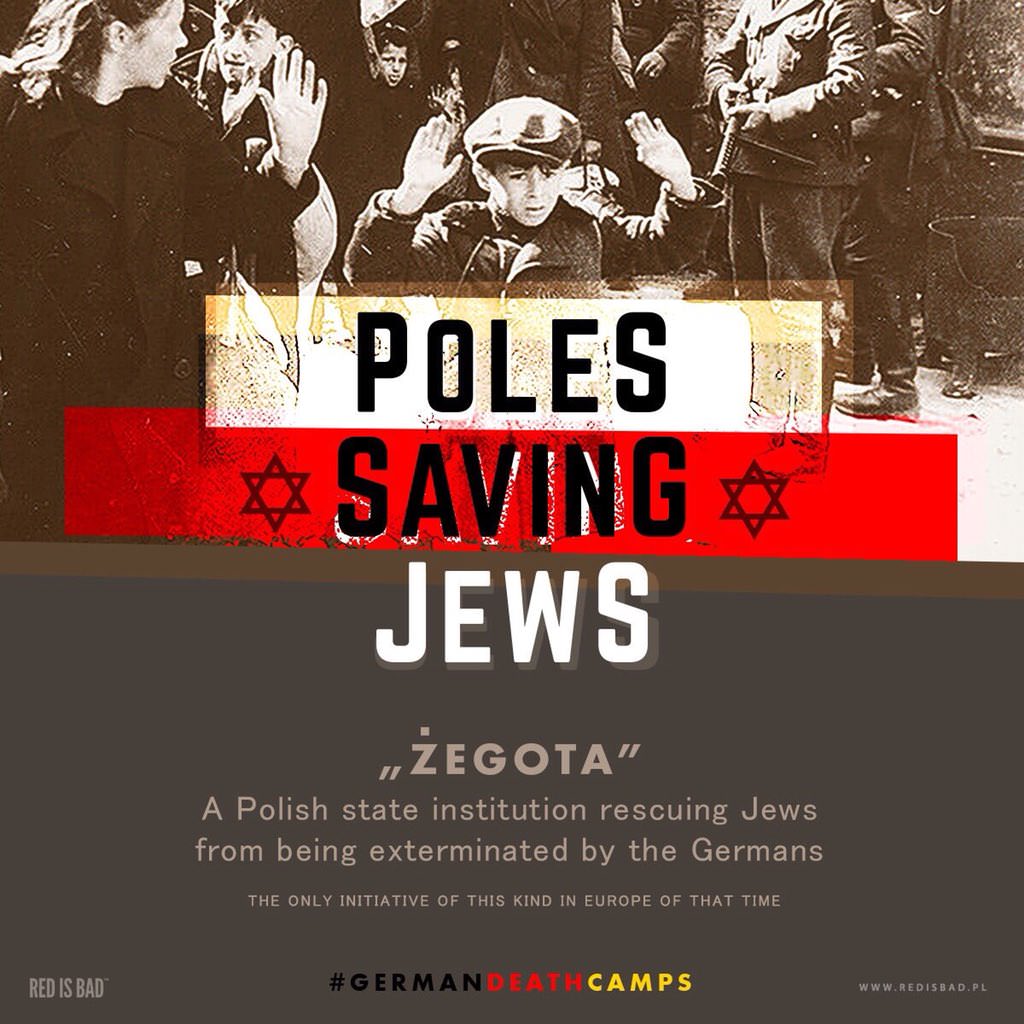 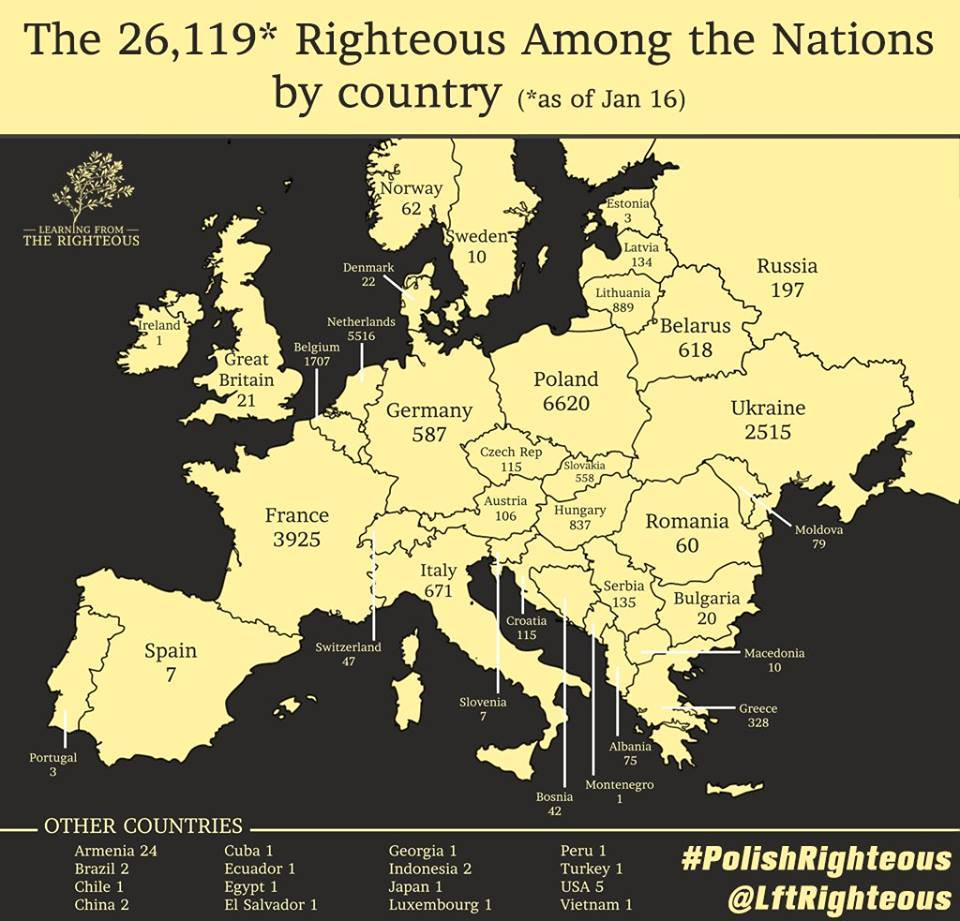 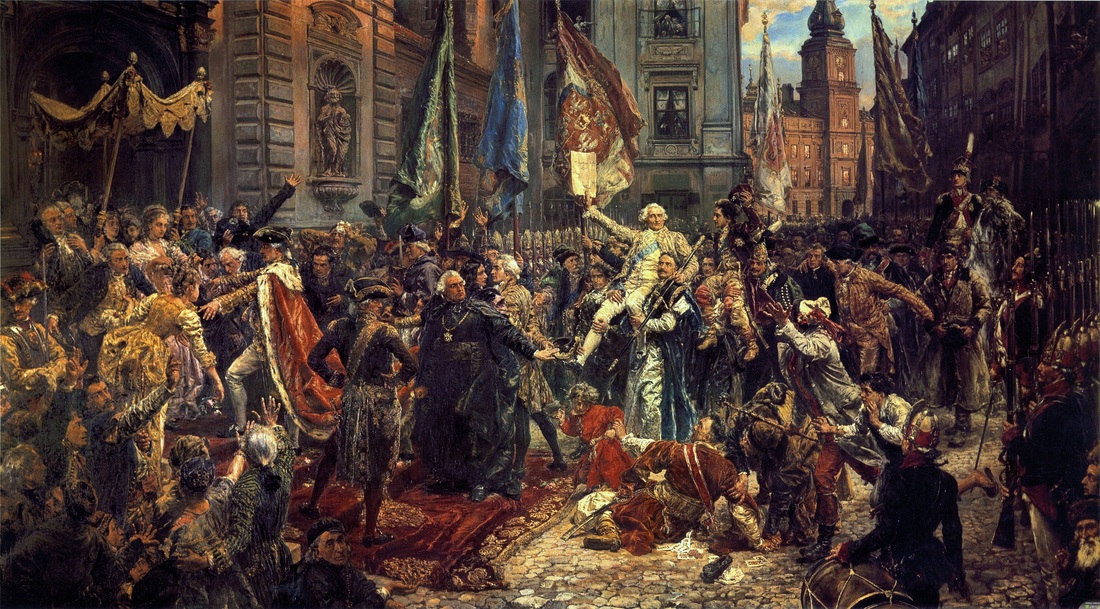 On May 3rd, the Feast of the Blessed Virgin Mary - the Queen of Poland, Poles all over the world celebrate the historic signing of Poland's May 3rd Constitution of 1791, the first national, democratic constitution in Europe. (Painting by Jan Matejko)