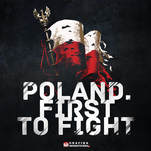 Feb. 17, 2018 - The Polish Heritage Institute wholeheartedly supports the decision of the government and parliament
​of Poland to enact new anti-slander legislation (the revised Institute of National Remembrance Act) that will make it illegal for anyone to publicly and falsely accuse Poland or the entire Polish nation of crimes committed by Germany’s Third Reich. ​The new legislation is an attempt to protect historical truth so that Poland and the entire Polish nation, victims of Nazi-Germany’s aggression in World War II, will never again be falsely accused of collaborating with Nazi-Germany. The outrageous accusation that Poland "collaborated" with the Germans or "participated" in the Holocaust is slanderous nonsense based on ignorance and anti-Polish prejudice, not on documented, historical facts.

World War II ended over seventy years ago, yet many people all over the world, even politicians, journalists and major news organizations, still do not know about the terror and suffering experienced by ethnic Christian-Poles during the German-occupation of Poland and the heroic role the Polish Government and the Polish-Christian population played in the war against Nazi-Germany. Ever since the Soviets began their propaganda campaign against Poland's Catholic population, Poland has been falsely portrayed in the public arena as a "collaborator" rather than what Poland really is: the first victim of Nazi-Germany’s aggression in World War II and one of the Allied nations that helped Great Britain and the United States defeat Nazi-Germany. Many people still don't realize that Poland had the largest resistance army in German-occupied Europe (about 380,000 soldiers) and that Polish armed forces fought Nazi-Germany on Polish soil and all over Europe and Africa. In fact, historians point out that from September 1, 1939 to May 8, 1945 up to two million Polish-Christian combatants fought ​Nazi-Germany in Polish military formations - regular armies, partisan troops and underground forces. For this reason, since October of 2015, Poland’s new democratic government has been increasing its efforts to make the real history of the brutal German occupation of Poland and Poland's struggle to defeat Nazi-Germany better known around the world. Poland's new anti-slander legislation will certainly help motivate individuals and institutions to delve deeper into the war-time history of Poland and finally learn about the enormous suffering and selfless heroism of Poland's Christian population in World War II.

Both Christian-Poles and Polish-Jews were victims of Germany's brutal, murderous dictatorship. In German-occupied Poland, ​Nazi-Germany imposed ​a reign of terror and death on Poland's entire population, not only on Jews. In fact, Poland was subjected to the most vicious policies of the German-Nazi regime. For most Christian-Poles, the majority of Poland’s population, daily life in German-occupied Poland was a constant struggle for survival. Tens of millions of Christian-Poles experienced unspeakable suffering at the hands of Nazi-Germany: ​poverty, hunger, starvation, the destruction of their homes and life savings, the bombing of their cities (including 85 percent of Warsaw), the burning ​of their villages, the kidnapping and deportation of their children to Germany for "Germanization", and the terror of seeing their family members, friends, intellectuals, clergy, political leaders and Home Army soldiers killed or tortured to death by the German military. Christian-Poles lived in constant fear of being rounded up and executed or sent to one of Nazi-Germany’s numerous concentration camps or slave labor camps. Almost every Polish-Christian family has at least one family member who was either enslaved, imprisoned or killed by Nazi-Germany. About 150,000 Christian-Poles were imprisoned in Auschwitz alone. Christian-Poles were also imprisoned in the German-Nazi concentration camps of: Warschau, Majdanek, Dachau, Mauthausen-Gusen, Ravensbrück, Stutthof, Buchenwald, Sachsenhausen, Gross-Rosen, Bergen-Belsen, Neuengamme, and in many smaller camps. Approximately 1.5 million Polish citizens, mostly Christian-Poles, were deported to Germany and forced into slave labor. ​By the end of World ​War II, ​Nazi-Germany had killed nearly 3 million Christian-Poles (men, women, children, ​the elderly and the sick).

Contrary to what is frequently publicized by the media, Poland never collaborated with Nazi-Germany. This is an indisputable, historical fact which every Pole can be proud of. The same cannot be said about other governments in German-occupied Europe (such as France, Belgium and Italy). German-occupied Poland, like every country in German-occupied Europe, had its share of traitors, but Polish society at large, cognizant of its millennial Catholic and patriotic heritage, categorically rejected collaboration with Nazi-Germany and did not have any Nazi organizations. Dr. Seth J. Frantzman of The Jerusalem Post expresses the conviction of many World War II historians when he states that "Poland is right to be angry when it is made to appear that Poles were somehow responsible for the Shoah. Unlike most other countries occupied by Germany during the war, Poland did not provide a ready recruitment base for Nazi collaboration. For instance, the Waffen-SS recruited local units in Albania, Belgium, Estonia, Finland, France, Hungary, Latvia, Norway, Romania, Sweden and other countries. It did not find recruits among Poles." During the war, Poland’s Government-in-Exile and Poland’s Underground State implemented a country-wide policy of prosecuting and executing all individuals who were caught betraying Poland by aiding the Germans in some way. According to the war-time records of Poland's Underground State, out of the 34 MILLION ethnic Christian-Poles in German-occupied Poland only a few thousand individuals chose to betray Poland. Everyone else resisted the Germans and struggled to somehow survive the terror of the German occupation. It is therefore unjust and immoral for anyone to accuse the entire Polish nation, tens of millions of ethnic Christian-Poles, of collaborating with the Germans and of being co-responsible for German crimes.

​When discussing the topic of "collaboration," it's also important to remember that even some Jews aided the Germans during World War II (including the network of paid Jewish informers who served the German Gestapo, the Jewish ghetto police who helped the Germans keep order in the ghettos and deport Jews to German-Nazi concentration camps, the cruel Jewish "Kapos" who supervised other concentration camp prisoners, and the 150,000 German-Jews who served Adolf Hitler in the German military), yet no-one accuses the entire Jewish nation of collaborating with the Germans and of being co-responsible for the German crimes perpetrated in World War II.

Poland's Government-in-Exile and its Underground State exposed the atrocities perpetrated by Nazi-Germany in World War II. Through diplomatic channels, government reports and the press, Poland kept informing the Western Allied Powers and the international community about the reign of terror imposed by the Germans on Poland's population, including the murder of Soviet POWs, the mass execution of Christian-Poles, and the extermination of Jews in Auschwitz and other German-Nazi concentration camps. Poland's Government-in-Exile made many attempts to persuade the West to launch military efforts to paralyze Adolf Hitler's "Final Solution," yet the Western Allied Powers (including Great Britain and the U.S.) always refused to intervene.

No country in the world did more to aid and shelter Jews during the Holocaust than Poland even though German-occupied Poland was the only country in German-occupied Europe where Nazi-Germany implemented ​a policy of executing everyone who was caught giving aid to Jews in any way. Poland was also the only country in German-occupied Europe with an underground government agency, code name “Żegota,” founded for the sole purpose of giving aid to Jews. Even though most Polish-Jews did not speak Polish, Żegota managed to help at least 50,000 Jews all over German-occupied Poland. Historians estimate that Poland's Polish-Christian population, including Poland's Catholic clergy, aided and sheltered hundreds of thousands of Polish-Jews during World War II, but not all of them survived the war. New research conducted by the Righteous for the World Foundation reveals that Christian-Poles in 650 Polish cities, towns and villages were executed by Nazi-Germany for giving aid to Jews.

Anti-slander legislation is necessary in Poland because without it ignorant and malicious individuals and institutions will continue to slander the good name of Poland and its Polish-Christian population, and distort the history of the brutal German occupation of Poland in World War II. Evidently, objective historical facts and basic human reason are insufficient to stop the propagation of slanderous untruths about Poland and its Polish-Christian population.

Alfred Marek Karwowski
A letter to the readers of www.vosizneias.com
"Did Poles Collaborate With The Nazis?"

A "joke" about Poles collaborating with Nazis is comparable to a "joke" that denies the reality of the Holocaust. Nazi Germany killed around 6 million Polish citizens, this includes 2-3 million ethnic Poles (mostly Christians), and 3 million Jews. Ethnic Poles were prisoners in nearly every concentration camp in the extensive camp system in German-occupied Poland and the Reich. Ethnic Poles were victims of Nazi torture, executions, cruel medical experiments, starvation, and disease.

Poland was the only country to fight the Nazis from the first day of the German invasion of Poland until the end of the war in Europe. Polish troops fought the Nazis on every front in World War II.

Ethnic Poles organized one of the largest underground anti-Nazi movements in Europe with more than 300 widely supported political and military groups. Despite military defeat, the Polish government never surrendered. In 1940 a Polish "government-in-exile" became based in London. Officers of Poland's regular army headed an underground military force, known as the Armia Krajowa or AK (the Home Army) which fought the Nazis throughout World War II. This Home Army launched an uprising in Warsaw against the German Army on Aug. 1, 1944. The uprising fell after 63 days because the Soviet Army (an ally of the U.S.) chose not to help. More than 20,000 Polish soldiers were killed, and around 230,000 Polish civilians were murdered by the Nazis during the uprising or shipped off to Auschwitz-Birkenau after the uprising fell. The Nazis destroyed most of Warsaw during the fighting and later burned whatever buildings were still standing. More than 90 percent of Warsaw was destroyed.

According to Dr. Danusha V. Goska: "Poles fought the Nazis first, fought the Nazis longest, and fought them, per capita, the hardest. (...) Poland had the largest underground resistance army during World War II; Polish soldiers fought, not just in Poland, but far afield, making significant contributions, for example, in the RAF during the Battle of Britain, and in Italy at Monte Cassino. Poles were essential to one of the key factors in the defeat of the Nazis and the Allies' victory, the breaking of the Enigma code. More Poles than members of any other nation rescued Jews; count the trees dedicated to Righteous Gentiles at Yad Vashem. Poles suffered worse, under the Nazis, than any other national group except for Jews and Gypsies, reports historian Michael C. Steinlauf. Poles were gassed with Zyklon B; Poles were tortured in concentration camps and in a special school set up to teach Nazis how to torture; Poles were shot en masse by Einsatzgruppen; Poles were deported in cattle cars, sterilized, burned alive. (...) Poles were denied education; Poles, like the late Pope John Paul II, studied secretly in "flying universities." Poles were executed for crimes like owning a radio, or offering a glass of water to a Jew. Poles were murdered merely to terrorize other Poles."

No, the Polish nation did NOT collaborate with the Nazis.