Take action with the PHI 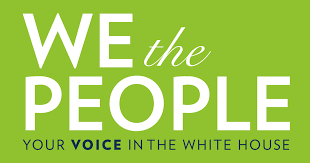 ​Help Poland by signing this "We the People" White House petition.
"POTUS Donald Trump: Please do not sign incoming 447 - Justice for Uncompensated Survivors Today (JUST) Act of 2017". (Created by P.P. on April 22, 2018)​

Justice for Uncompensated Survivors Today (JUST) Act of 2017 includes "article three" which states: the restitution of heirless property to assist needy Holocaust survivors. "Restitution of heirless property" based on tribal-ethnic background is unprecedented in the law history and will lead to havoc in many areas. In particular this act [S.447] is aimed against Poland which gave shelter to so many Polish citizens of Jewish origin in the past. "Holocaust Organisations" claim from Poland at least sixty-five billion dollars of heirless property.  [S.447] is unjust & unfair.
​Here you can also send a personal letter to President Donald Trump.
Dear Mr. President,
Please veto Act S. 447. It openly discriminates against Polish Holocaust survivors and constitutes an unprecedented attack on Poland, a faithful ally of the USA in Europe. Act S. 447 legitimizes the illegal and immoral restitution claims against Poland. The enforcement of Act S. 447 could have a financially devastating effect on Poland. The weakening of Poland would not be in the best interest of the United States. 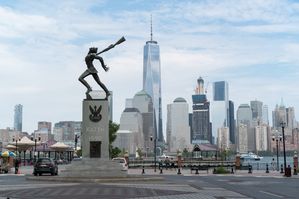 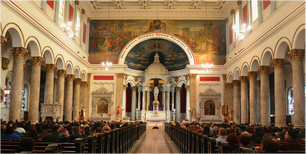 The St. Adalbert Preservation Society
Join us in petitioning ARCHBISHOP BLASE J. CUPICH of Chicago
Stop the Closure of St. Adalbert Parish >>
​The Parish has served the community for over 142 years and we would like to see it continue to grow and prosper for the foreseeable future. The church, considered one of the most important works of renowned architect Henry J. Schlacks has stood for 102 years.  Please let the Archdiocese know that they should not close this magnificent edifice. The parish of St. Adalbert should continue its mission of taking in immigrants and any who want solace of mind and soul. Please help us rescue this priceless religious and architectural treasure from those who want to demolish it.
The petition can be signed HERE

Ultra-liberal EU leaders attack and defame Poland's democratically elected government
​​On Oct. 25, 2015 the conservative Law and Justice Party won the democratic election in Poland. After being ruled by the corrupt, ultra-liberal, anti-Polish,
​anti-Catholic "Civic Platform Party" for 8 years, the Christian population of Poland has finally regained the political means to reform their country according to their millennial Catholic values. The EU's neo-Marxist, ultra-liberal leaders are
​panic-stricken because Poland, like Hungary, has finally elected a patriotic, conservative government which places the welfare and values of its people above the dictates of the EU's leftist politicians. Poland is a sovereign, ​democratic country, yet liberal EU politicians (Martin Schulz, Jean Claude Juncker, and Donald Tusk, to name just a few) are trying ​to force Poland's new, democratically elected government to go against the will of the people ​of Poland.
​Join us in sending a protest letter to these EU dictators. 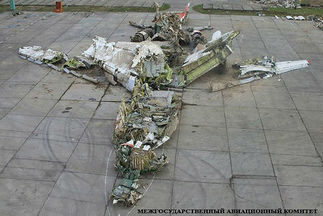 Smolensk, Russia
Please help us reveal the real cause of the 2010
​Smolensk plane crash? >>
​Write a letter to your senators and to your representative in Washington D.C., and ask them to call on Congress to hold public hearings regarding the 2010 Polish plane crash in Smolensk, Russia which killed the president of Poland and 95 other people.

On April 10, 2010, Polish President Lech Kaczynski was killed in a plane crash together with his wife Maria, and 94 other prominent political, military, social and religious leaders, including several NATO generals and one American citizen, Mr. Wojciech Seweryn, a Chicago artist who's father was one of the 22,000 Polish officers
murdered by the Soviets in the Katyn Massacre. Today – more than five years after the tragic crash - we still do not know the truth about the fatal flight and who is responsible for it because Poland's pro-Russian government handed over the entire so-called "crash investigation" into the hands of ... the Russian government! It is imperative that the U.S. call for an independent international investigation of the Smolensk disaster because new scientific findings completely undermine the false claims published by the Russian Interstate Aviation Committee (MAK).

Protest the United Nations' ​new "gay stamps"
The U.N. just issued new LGBT stamps showing a homosexual "coming out of the closet," same-sex couples kissing, homosexuals with a young child, ​a butterfly apparently representing transsexuals, ​and a multitude of various gender representations proclaiming "we are everywhere." The U.N.'s unilateral decision to promote LGBT "sexual rights" offends the sensibilities of the majority of nations and contradicts many member states' cultures, traditions, religious beliefs, and laws. ​
Tell the U.N. to stop pushing their sexual agenda on the world! Sign the petition HERE. 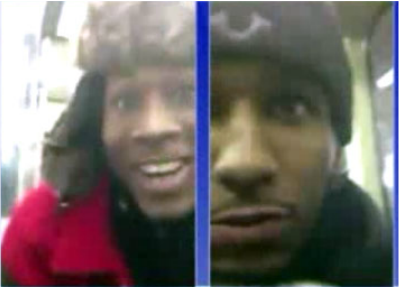