Anything is Likely in Russia
Nasz Dziennik, June 3, 2010 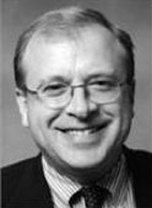 Please click here to read the article in Polish.  The article was picked up by several other media outlets, including
smolensk-2010.pl, Koguja Kroonikad, and obnie.info.

Below is the text of the interview in English.

1. A journalist from the Latvian newspaper „Neatkarigas Rita Avize"- Valdis Krauklis reporting on the crash of the presidential plane wrote that accident of this magnitude involving the death of the president of the large European country and members of his cabinet as well as the death of high ranking members of armed forces in one instant cannot be considered merely as a coincidence. How do you respond to that?

Historically things like this have not been a coincidence in Russia. Think of the mysterious helicopter crash that killed General Alexandr Lebed in foggy weather; the assassination in St. Petersburg of Duma member Galina Starovoitova; the murders of human rights activists, journalists, anti-corruption investigators critical of Putin and his cronies; the Russian apartment bombings that Putin used to justify the Second Chechen War and propel himself to the presidency, and a range of other killings. And then there is the attempted murder-by-poisoning of the anti-Russian leader of Ukraine, the polonium murder of a KGB defector in Britain, and so forth. I can't say that the Smolensk crash was a conspiracy to assassinate the leadership of the most staunchly anti-Russian government of Europe, but the fact is that the incident fits a pattern and the possibility cannot be dismissed.

2. One could have the impression that the crash of president Kaczynski's airplane resembles the one from Dubrovnik in 1996. It would be hard not to notice similarities between those two fatal accidents as well as similarities when it comes to the circumstances when they occurred. Would you elaborate on those similarities.

The circumstances are quite different. The Dubrovnik crash was of a US military plane, and there was an official, transparent investigation by the United States and by European authorities. Even though the US plane crashed in bad weather, the weather was not a factor in the accident that killed the American commerce secretary and his entourage. The instrument approach was not approved for a US military aircraft.

The Smolensk crash was of a Russian-built plane that was upgraded and maintained in Russia, and that crashed in Russia. Russia is not a transparent society; the entire investigation is controlled by the former KGB and under Putin's personal supervision, so we I would be surprised if we will ever know the truth about the circumstances of the Polish crash.

3. How likely is the theory that the system TAWS installed in Tu-154M did not work properly due to incomplete digital maps of the area of the military airport in Smolensk where the plane crashed. Though, looking at it from an American stand point the company that manufactures TAWS systems should have had detailed maps of Russian territories especially aerial maps of airports just to mention one simple reason- national security.

I am not personally familiar with the TAWS system, but I would suspect the integrity of anything installed or maintained aboard an aircraft that Russian technicians could access. Additionally, it is a known fact that the Russian special services excel in electronic jamming and deception technologies that can easily spoof an electronic navigation system.

4. How likely is the scenario that the crash was caused by the unusual placement of the beacon system at the airport in Smolensk, and that the pilot of the presidential plane was confused by it because he was not familiar with the system? That is the opinion of one of the Russian air force pilots.

Anything is likely in Russia. Hypothetically speaking, if for some reason the Russian leadership had ordered the elimination of many of Poland's leaders, the killing would have to be done in Russia, where the chekists would be in control of all the evidence and of all official investigations. That's why it is particularly troubling that Putin immediately assumed personal control of the investigation - just as he did with the murder of his critic, Galina Starovoitova. Though the alleged gunmen were arrested and convicted, those who ordered her assassination were never found, and Putin allowed the issue simply to be forgotten.

5. Should the fact that the TAWS system did not work shortly before the crash occurred lead us to conclusion that other vital airplane systems like the steering system, and all other navigation systems also failed as some aeronautical experts believe?

Again, I am not a technician, but knowing how the Russian special services work, anything is possible. What we might legitimately dismiss as unreasonable speculation in civilized countries, is often within the realm of probability in Russia. That's just the way the Russian system works. Putin has preserved, protected and empowered the old chekist legacy.

6. How feasible is the theory that what led to the tragedy was the fact that Tu-154M was on a collision course with a Russian transport  airplane Il-76? Eyewitnesses reported that they saw two planes over Smolensk airport at the same time. Why was Il-76  attempting to land at the same time as the airplane of the president of Poland?

I have no idea.

7. How can we explain the fact that Il-76 made the similar maneuver  as Tu-154M meaning it tipped over the left wing? Would it not suggest the possibility of an electromagnetic field affecting the landing area  of the airport in Smolensk at the time when those two planes where approaching landing strip?

I am not an engineer or scientist, so I can't comment on this.

8. Does it not look like meaconing technique was used in order  to  intercept and confuse the Tu-154M navigation systems. Would the fact that two airplanes experienced similar problems while landing confirm that?

You'll have to ask an aviation expert on this. I cannot answer it.

This is a very valid point, and one that should cause us all to doubt the integrity of the content of the black boxes. A diplomatic aircraft has the same legal status as an embassy abroad; it is the sovereign territory of the country of which it is flagged. If the Polish plane had crashed in a normal country, it is certain that the local authorities would immediately invite Polish officials to investigate everything alongside the investigators of the host country. That was certainly the case with the Dubrovnik crash of 1996, where Croatian authorities immediately gave the US government full access to the wreck, and did not attempt to tamper with the evidence or control the narrative.

10. Should we be concerned that Russian authorities tampered with the black boxes when they were in their possession shortly after the crash and even later in the course of examining them was there a possibility of manipulation of data recorded by them at the time of the crash? Is there any scientifically proven way of finding out whether or not they tampered with this data?

Absolutely we should be concerned. We should presume that the Russian special services tampered with the black boxes. As to proof, you would have to ask that question of a technician familiar with the software in Russian black boxes. The problem is that the black boxes on the Polish presidential plane were run on Russian-made (that is, KGB-approved) software, so one would be challenged to prove or disprove suspicions that they were tampered with.

11. Previously, Russians stated that Tu-154M crashed at 8:56. However, a couple of days ago we have learned that the crash occurred a couple minutes earlier than what they originally announced. How can we explain this discrepancy when it comes to the exact time of the crash?

This is a technical question that I'm not qualified to answer.

12. Does it not seem unusual that after taking under consideration an impact this crash has on the political scene and most of all on Polish-Russian relations there is still no independent international investigation team put together in order to answer any questions  or doubts pertaining the crash?

Of course it's unusual. It's even more unusual that everybody seems to be putting faith in the former KGB to run a transparent and impartial investigation, under Vladimir Putin's personal supervision. It's absurd. The Polish government should be demanding transparency as a matter of principle, to remove all doubts - and the Russian government should be offering it without being asked. If the Russian government takes offense at such a request or resists it in any way, then we will know whom to blame for the crash. I think people in the West are afraid of making that request because they are afraid to know the answer to the question.

Remember, today's Russian government is still covering up for the crimes of the Soviet Union. It has been hostile to all attempts to do away with the backbone of Bolshevism and Communist rule - the all-pervasive secret police system - and it considers the KGB's old Soviet-era secrets to be present-day "state secrets." Moscow worked hard last year to discourage observance of the 70th anniversary of the Soviet-Nazi Pact that carved up Poland and the Baltic countries and plunged the world into World War II, perpetuating the Stalinist myth. So the Russian government has proved itself willing and able to cover up any type of crime against humanity.